The EC Sand Sculpting has been inextricably linked to Zandvoort for several years now. What started in 2011 with an NK on Zandvoort soil, expanded in the following year to become a European Championship. A phenomenon that has since been organised annually in Zandvoort.

On 10 October, 6 sand artists from various European countries will compete against each other. In one week time they 'carve' a mountain of sand of 4x4x4 meters into a work of art with fantastic details. The central theme for the 2020 European Championship is 'Zandvoort goes Wild' - after the theme in which all of Zandvoort is based in October. The carvers give their own interpretation of this theme, giving you the most diverse images. This can vary from the rutting season among the deer in the Waterleidingduinen or a rough sea, to a kite surfing scene or race on the track.

On Sunday 18 October, the jury will announce the successors to Fergus Mulvany, the European Champion of 2013, 2014 and 2019. After the award ceremony, the sculptures can still be admired free of charge until the end of February.

The participating carvers of 2020 are:

Fergus Mulvany never thought of sand sculptures during his study of Fine Arts in Dublin. Even as a child he was never attracted to playing in the sand on the beach. But Fergus' name was randomly drawn from that of hundreds of students to participate in a sand festival in the Netherlands in 1993. And since then he has developed a passion for sand art, which he propagates all over the world. Sculpture: Elementary. An impressionistic view of the wild waves on the coast, depicted by means of animals. If you look closely you can see horse's heads and different kinds of birds processed into a turning wave on the coastline.

During his studies at the Dublin Institute of Technology, Niall first came into contact with art made from 'transient' materials. He studied Fine Arts Sculptures when schoolmate Fergus Mulvany received an invitation to take part in a sand carving competition. From that moment on he became more involved in making sand, snow, ice and fireworks. Sculpture: Foxes in the wild. Papa Vos has caught a nice meal for the family and his little son is already waiting impatiently at the entrance of their foxhole.

Maxim Gazendam was born in 1981 in The Hague (The Netherlands). He started working with sand sculptures in 1998 by coincidentally participating in a workshop. A few months later he took part in the International Sand Sculpture Competition in Scheveningen and over the years his love for sand grew. Sculpture: Back to nature. Deer and Zandvoort are inextricably linked. Normally these beautiful animals live in the dunes, but more and more often they can be found in the village. In this sculpture he shows that this deer makes the liberating leap from the built-up environment, towards nature. Because in my opinion they do not belong here and should be "Back to the roots, back to nature!

Susanne Ruseler was born in Rotterdam. She started sand sculpture in 2003, while studying biology and living in Utrecht. One of her friends introduced her to sand sculpture, after which her love for carving started. Sculpture: Sand Lizards. An almost Escher-like representation of the mating ritual of the sand lizard, in which the sand lizard is depicted as faithfully as possible. 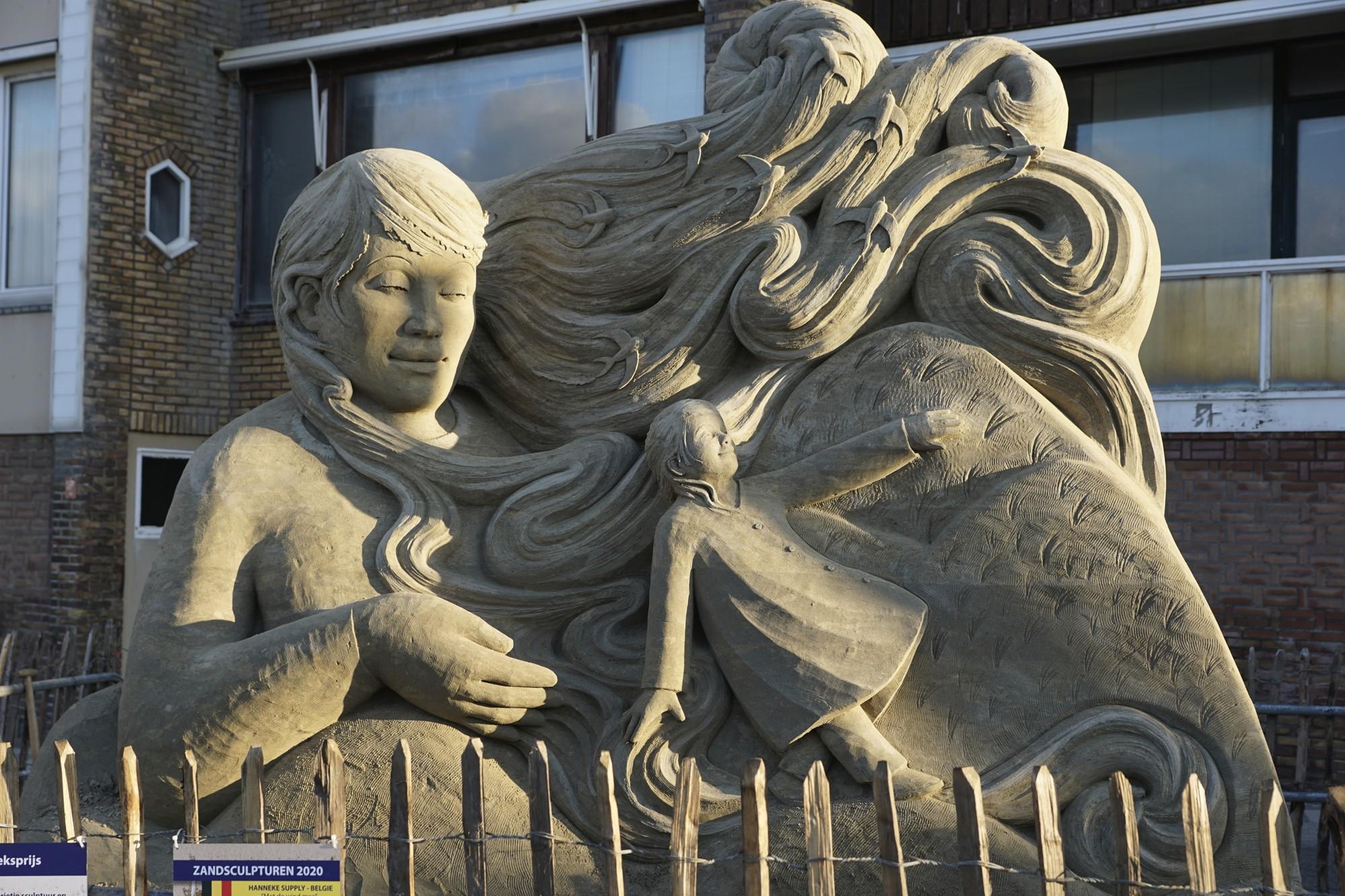 In 2002 Hanneke was attracted to sand sculpture as a hobby outside her daily work as an interior architect. It only took a few months in the sand for a love of the craft to change her life. Sculpture: With the wind. Mother and daughter let themselves be carried away by the wind on the beach. A "fight" against the elements of nature. 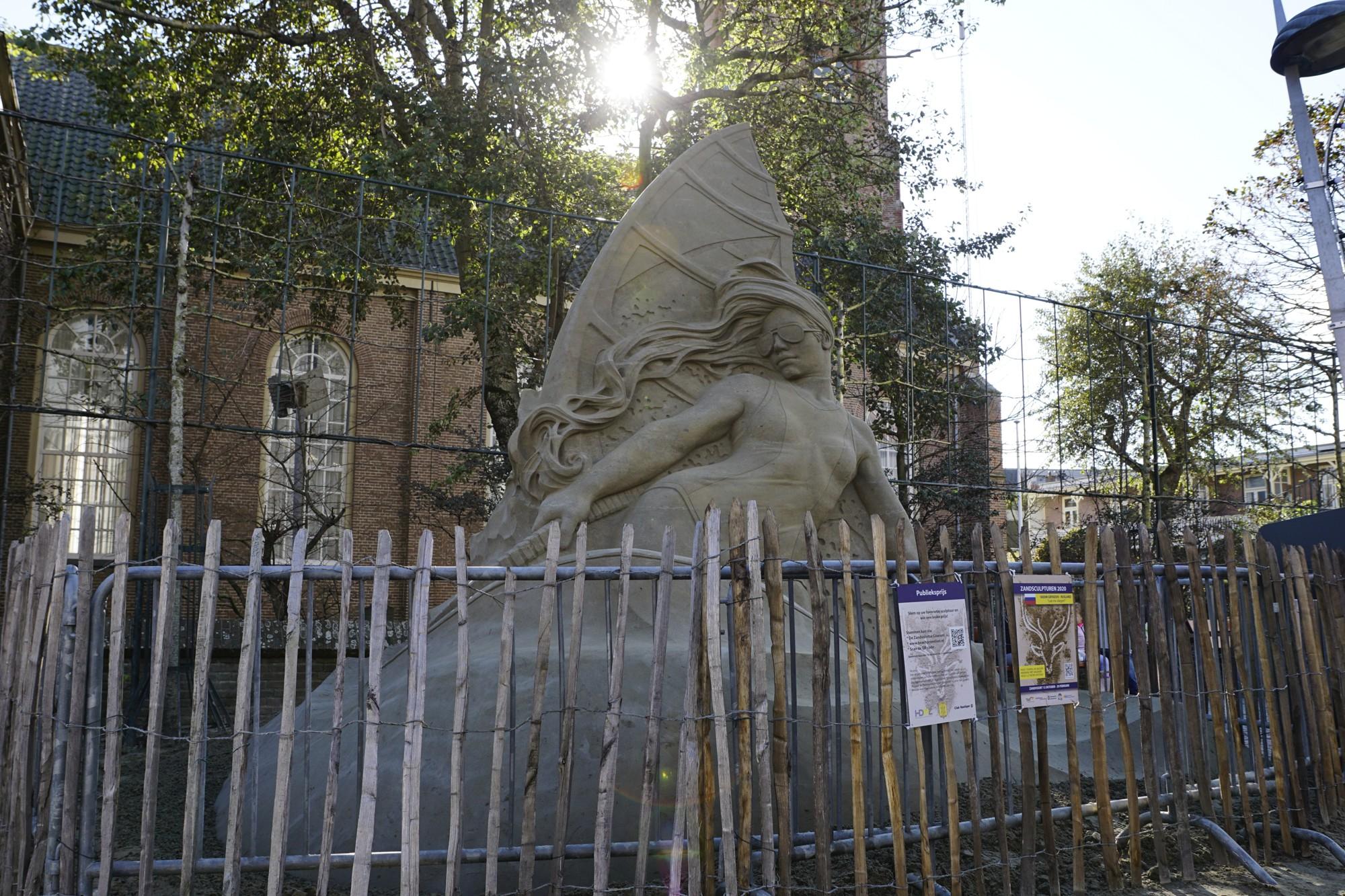 As a graduate of the Ural State Academy of Architecture and Arts Vadim made his first sand sculpture in 2004. It became his full-time job in 2008 by participating in events for ice and sand sculptures all over the world. Sculpture: Let me fly! Let me fly in the wind and over raging waves. A scene of a windsurfing star in a raging wave. If you look closely from a distance, the contours of the sculpture also have the shape of a butterfly. 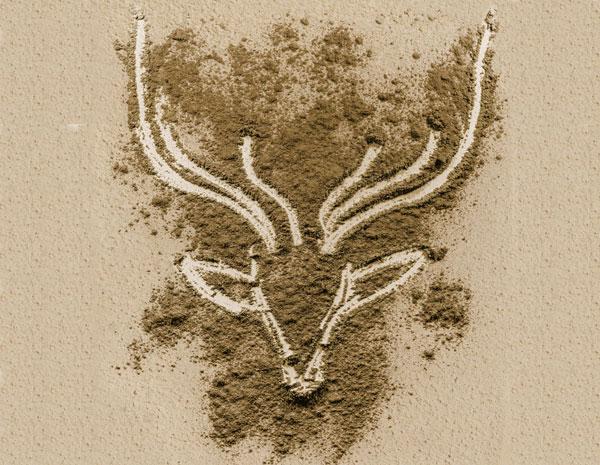 Instead of the European Championship for Sand Sculptures, it has been converted into a public prize. And you can vote. Until Sunday 24 October you can vote for your favourite sand sculpture and you can also win a nice prize!